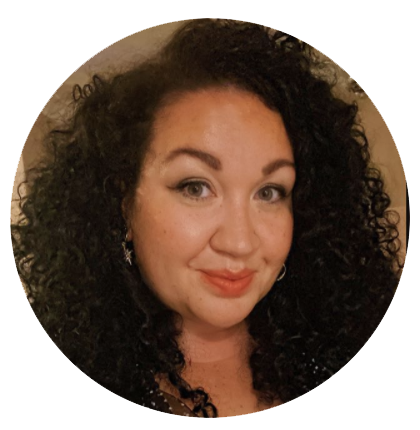 Like many people growing up in Cumbria, I had a vague knowledge of Whitehaven’s links with slavery, but perhaps unsurprisingly it wasn’t explained or explored with much vigour.

Even today, when researching the town’s history, there are often very hushed & ambiguous references of the town being ‘involved in Atlantic trade’.

But the stark reality is this: there is a very direct connection between the Trans-Atlantic Trade of Trafficking Enslaved People and much of Cumbria’s infrastructure, architecture, and even some of our most famous foods.

Have you ever wondered how the creators of the Cumberland Sausage, a regionally protected recipe dating back 500 years, had access to so many spices?

Similarly the famous Grasmere Gingerbread and Cumberland Rum Butter use key ingredients that would have been incredibly expensive and difficult to acquire at the time of their invention, but Cumberland saw an influx of these ‘exotic’ ingredients in the 17th and 18th century. Read more detail about another famous Cumberland Rum based recipe Cumberland Rum Nicky in our recent article.

This is due to the fact that Whitehaven merchants were a part of the ‘Slave Triangle’, which involved selling cheap manufactured goods to traders of enslaved people from Africa, and then transporting enslaved people across the Atlantic to Virginia and other slave-holding British colonies in North America, and British territories in the Caribbean.

It’s worth noting at this point that whilst some like to argue that the British “didn’t invent slavery”, or that it was an “American initiative”, Britain’s role in the transatlantic slavery economy was part of a highly lucrative network of global commerce and was a key component of Britain’s transformation into a world power in the 17th and 18th centuries. Read more about the beginnings of slavery in our article here. Early Spanish and Portuguese trading of enslaved people was initiated in the 1400s, but by 1655 Jamaica was ‘secured’ from Spain and placed as a ‘powerhouse’ alongside British owned Virginia and Barbados. British organisations profited from the sale of more African enslaved people than any other in the history of the trade.*

Liverpool is well known as the largest Northern port in the ‘Slave Triangle’, but in fact between 1750 – 1772 Whitehaven was the busiest harbour in England after London, with 200 ships sailing in and out of the port each week.

Did you know? In 2006 Copeland Council decided to issue a formal apology for slavery, made on behalf of the people of Copeland.

So how exactly did this remote, once small fishing village become a hub for the Transatlantic Trade of Trafficking Enslaved People?

The chances are if you live in Cumbria, or are a regular visitor, you have heard the name Lowther; Lowther Castle near Penrith is still part of an impressive estate (owned by The Lowther Castle & Gardens Trust).

Sir John Lowther was Lord of the Manor of St.Bees,  2nd Baronet of Whitehaven and former MP of Cumberland, and he held sole rights to all coal found within the area. Through investing substantial inheritance he expanded the docklands, introduced shipping of coal to Ireland and alongside his son James began the expansion of what was a small village into a trading port & town. In 1633 Whitehaven had consisted only of nine thatched cottages, by 1693 there were 2,222 inhabitants, and by 1762 this had increased to 9,062.*

This jump in growth and population is not just due to coal. The Lowther family mainly resided in London and ran their extensive estate via ‘stewards’.

They were influential members of parliament, and seeing the growing economic success of the TransAtlantic Trade of Trafficking Enslaved People in London and Liverpool, they rallied local merchants to take advantage of this ‘triangular trade’.

Whitehaven became heavily involved in the trade between 1710 and 1769. Whitehaven ships carried out sixty-nine slave voyages during this period, transporting and trading hundreds of enslaved people.

The family’s link to slavery doesn’t end there. Robert Lowther twice served as Governor of Barbados, and acquired Christchurch Plantation in Barbados through his first marriage. He was described as ‘The Tyrant of Barbados’.* He had a reputation for arrogance and corruption; if the island’s council board members opposed him, he suspended them, and even threatened to prosecute them for treason. His wife was 18 years his senior and it was widely circulated that he married her for her fortunes. She died before he left Barbados, and the Plantation was to remain in the Lowther name until the 1840’s.

On Robert’s return to Britain he was ordered to be held in custody awaiting a trial for high crimes over his tyranny in Barbados, but in a stroke of luck for him, the King died before this could be actioned!

He remarried, this time to his cousin Catherine Pennington (Penningtons of Muncaster Castle, another prominent Cumbrian family still today) and their son James would go on to inherit both the plantation in Barbados from his father and the land in Whitehaven from his cousin, the aforementioned James Lowther, son of Sir John Lowther.

The Senhouses and the Lowthers were closely linked.

William Senhouse was born in Netherhall, Cumberland in 1741. He was in Naval service from 1755 and from 1771-1799 lived in Barbados after being appointed to the customs service in the West Indies. Thanks to the influence of Sir James Lowther (Son of Sir John Lowther) William was promoted to Surveyor General of the Customs in Barbados and the Windward and Leeward Islands.

William acquired high status due to his links with the Lowthers. He not only received a power of attorney to superintend Sir James Lowther’s (son of Robert, ‘The Tyrant of Barbados’) plantation, but he was also able to purchase a sugar plantation of his own and combined his customs office work with running the two estates. It seems the entire Senhouse family were in favour with the Lowthers, William’s brother Joseph would go on to become Sir James Lowther’s political manager in Carlisle in 1782, and through Lowther’s influence received a knighthood.

Papers of William Senhouse and his brother Joseph Senhouse are in the Record Office at Carlisle, and The Diary of Joseph Senhouse [1777-1778] is archived at the Journal of the Barbados Museum and Historical Society.

In these papers, William talked of the hurricane of 1780 which he described in detail. On the whole island of Barbados the hurricane reportedly killed 2033 enslaved people, six of those ‘belonging’ to William. This loss and expense spurred William the following year to have 84 of his enslaved workers, and 54 of Sir James Lowther’s, inoculated against smallpox for a charge of five shillings each.

In an extract from Joseph’s diary, he reported a case in the late 1770s “wherein a plantation slave being threaten’d with a severe punishment for absenting himself … threw himself head long into a copper full of boiling cane liquor & was instantly scalded to death. Several instances of the like shocking nature has been known in this island.”*

The area of Barbados where the Lowther and Senhouse plantations were was dubbed “Little Cumberland” because of the influence of the two families. There are also several place names on the island which would be familiar to Cumbrians, including Carlisle Bay, Kendal Point and Whitehaven.

The Senhouse plantation was sold in 1802, shortly after William’s death. All of the 80+ enslaved people on this plantation would have been included in the sale.

The family did not have the same reach as the Lowthers, and subsequently disappeared from Cumbrian Aristocracy. But there are various streets and buildings in the county still bearing the Senhouse name: if you’re of a certain age and ever went on a night out in Whitehaven you’ll likely remember, or not as the case may be, queuing to get into a bar called Cap’n Sennys… with hindsight and an understanding of the history we can now ask, did they know the story behind this dubious choice of name?!

Until June, 1998 Jefferson’s Wine Merchants was the oldest family owned wines and spirits merchants in the UK, and at one time was the supplier of fine wines and spirits to the White Star Line, the owners of the Titanic.

The family traded from the same premises on Lowther Street in Whitehaven for over two centuries- which is now the location of The Rum Story.

The Jefferson’s business was founded in 1734 by brothers Robert and Henry Jefferson who hailed from Aikton, near Wigton, Cumbria. The production of rum on the family estates in Antigua started in 1785. They were also partners in Lumley Kennedy & Co. Whitehaven shipbuilders, and owned shares in 12 ships, A large proportion of the sugar imported to Whitehaven was from the Yeaman estate in Antigua, which was owned by the Jefferson’s. It was from that estate that they imported their famous rum. All of the imports by the Jefferson family was carried by their own vessels.

In local testimonies, the Jefferson’s are often described as a ‘much respected and honest men’ during their years of trade, and ‘not directly involved in the trade of enslaved people’. However, it’s recorded that their combined estates in Antigua included over 455 enslaved people* including children, and there’s evidence of their compensation from the government following the abolition of slavery in 1835. The British government borrowed £20 million to compensate ‘owners’ of enslaved people, which amounted to a massive 40 percent of the Treasury’s annual income. The loan was one of the largest in history, and it was only in 2015 that, according to the Treasury, British taxpayers finished ‘paying off’ that debt. None of the compensation was paid to those who were enslaved.

The treatment of all enslaved people was abhorrent, however it’s widely known that West Indies Planters were excessively brutal. Slaves made up the majority of Antiguan population – 85 percent by 1736, when there were 24,400 on the island. Sheer numbers made an uprising a real threat to the Planters, making them cautious. They formed militias, disciplined regularly, and did what they could to prevent enslaved people from congregating at dances and markets where talk might turn to revolt. Fear of rebellion led to ‘near-hysterical brutality’,  and it was believed in the 1750’s that a quarter of all enslaved people died within three years of arrival on the islands.

Whitehaven ceased to take part in the trade in 1769 mainly due to the location of the town, the lack of connection to larger more populated areas and the hindrance this placed on the ability to further trade, Liverpool being much better suited for growth.

But the legacy of the Trans-Atlantic Trade of Trafficking Enslaved People is still very much visible in Whitehaven, and indeed the whole of Cumbria, today. It is in the Georgian architecture, the street and business names, and in surrounding country houses and the wealth of estates. It can be traced in memorial inscriptions, local paintings and artefacts as well as in the recipes of Cumbrian food and drink.

In their formal apology, Copeland County Council acknowledged that Cumbrian’s involvement in the trade is a dark shadow on Cumbria’s industrial past.

However these stories and local histories are still largely unknown by the County’s residents, and with the journey towards anti racism it’s only by acknowledging and understanding our past that we can learn how we got to where we are today.

To learn more about the Jefferson’s and Black History in Cumbria, head to the Rum Story where we are delighted to have collaborated on a free exhibition being held to celebrate Black History Month. Focusing on the lives of influential black people in Cumbria’s past and present, the exhibition is in the Courtyard and runs until 31st October.