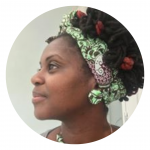 The history told to us would have us believe that abolition here in Britain was down to one White man; William Wilberforce. Heck, they even made a film about him just a few years ago, demonstrating at every turn, that William, the parliamentary abolitionist, a brave and visionary soul, practically single-handedly ended slavery, by the sheer force of his moral convictions; “Amazing Grace” indeed.

The truth however, as we’re sure you’re beginning to realise, is very different. There’s no doubt William played a part. Even here in Cumbria, men like Thomas Wilkinson played a part. But others played even bigger, parts placing themselves at a constant risk of death. And guess what – they were Black.

Abolition differed between British, American and other colonies. Those who fought for abolition of British ones included Mary Prince, Olaudah Equiano, Ottobah Cugoano and many more. It’s important to note that the Haitian Revolution was the first successful slave revolt and only the second colony to be free of European (French) rule, declaring its independence in 1804 and immediately abolishing slavery and becoming the first state in the world to outlaw racism in its constitution. Haiti also declared that Whites who had fought with them in the revolution were officially Black (honorary Blacks). Unsurprisingly, the colonising countries, including Britain, refused to recognise the newly independent Black state of Haiti and France’s subsequent punishment was unrelenting. Eventually, under constant threat of re-invasions, in 1825 France extorted £91 million gold francs for its ‘loss of property’. It took Haiti until 1947 to repay the debt having borrowed the money from the French banks themselves. After independence Haiti suffered more invasions than it could recover from, in particular the USA invasion of 1915 which saw 15000 citizens killed. When Haiti finally went to the polls, its democratic leader was twice overthrown. Today Haiti is one of the poorest countries in the world, a direct consequence of the slave trade.

It’s also important to say that Britain, despite how loud it shouts about it, were not the first country to abolish slavery – that title goes to Denmark in 1772, followed, albeit briefly, by France in 1794. Unsurprisingly, when France first abolished slavery, Britain’s response was not to follow suite, but instead it sent armies to the Caribbean to invade the French held islands and reinstate slavery in order to both boost Britain’s empirical hold and continue slavery on an even greater industrial scale. This was because France owned Haiti was the mother of cash cows with all its resources amongst the Caribbean islands. The British army’s response upon surrender of the French fighters included imprisoning some 2000 Black French fighters in Porchester Castle (UK) amongst them some of the most prominent Black abolitionists of the era.

But let’s go back a little, before any of the laws calling for or implementing abolition … history often represents those who were enslaved as docile and accepting of their ‘fate’. This however was not the case. You can go as far back as 1522 to find records of the first enslaved uprising on the Caribbean island of Hispaniola. And what about Queen Nzingha of Matamba, (present day Angola) who in 1630, resisted European slavers and organised a slave free state for over 30 years. In 1649, Barbados organised the “Grand conspiracy of the slaves against the whites”. History is of course littered with such little known resistance and uprisings by the supposedly acquiescing enslaved, who rather than quietly waiting for abolition to happen, fought hard to retain and regain their freedom despite the fatal consequences if they failed.

It was in 1807 when Britain passed an Act which made it illegal to purchase slaves directly from the African continent. This still however allowed the practice of slavery to remain widespread and legal in the British Caribbean. Much was made of this law, leading to a series of revolts by those enslaved who because of the Act, believed they were now free men and women. This in turn led to major rebellions in 1816 in Barbados and in British Guyana (Demerara) in 1823.

In 1831 the Jamaican Baptist War took place. It was the largest rebellion in the history of the British Caribbean, with an estimated 60,000 rebels involved. Britain, genuinely fearing Jamaica (and its other territories) might go the way of Haiti, did not hold back on its determination to suppress the uprising, using some horrific weapons such as wild dogs. So great was the fear that this revolt would succeed that Lord Howick Under Secretary for the Colonies and the son of Prime Minister Lord Grey (of Earl Grey Tea no less), at the time wrote to the Governor of Jamaica noting that the rebels were not intimidated or cowered by the severe punishment that had been inflicted upon them for their rebellion and in fact they were careless of their lives having decided death was better than slavery. Lord Howick went on to state that Emancipation alone would avert the danger in the long run and in the meantime, it was likely that they would murder every plantation owner and whites they came upon, if they could not be stopped. These uprisings of those enslaved hardly suggest docility. In fact, it’s extremely likely that as with all uprisings their impact was to put pressure on and aide the agenda of the popular abolitionist movement happening back in Britain.

We could write a whole thesis on the many Black abolitionist campaigners and activists of the day, but we thought that might be a bit overwhelming, so instead we have focused on just two of the very many to give you a great starting point to do further reading and expand your own education on this period of Black history.

Equiano was born in the Eboe region of the Kingdom of Benin, now known as Nigeria and became enslaved aged 11. After spells in Barbados and Virginia he spent eight years travelling the world as a slave to a British Royal Navy officer, who renamed him Gustavus Vassa.  He was later sold to the prominent merchant Robert King  in Montserrat. While working as a deckhand, valet and barber for King, Equiano earned money by trading on the side. In only three years, he made enough money to buy his own freedom for £40, almost a year’s salary for a teacher at the time. He then worked as an explorer and merchant for 20 years and eventually settled in England.

In 1786 in London he became involved in the movement to abolish slavery. He was a prominent member of the ‘Sons of Africa’, a group of 12 black men who campaigned for abolition.

In 1789 he published his autobiography, ‘The Interesting Narrative of the Life of Olaudah Equiano or Gustavus Vassa, the African’. The book, one of the first in Europe by a Black African writer – was an enormous success, selling out immediately. Equiano travelled widely to promote the book and became wealthy from its royalties. The ability of this cultured and intelligent man to relate first-hand the horrors of slavery greatly helped to sway public opinion, and played an important role in Britain’s abolition of the trade of enslaving trafficked people from African.

Mary was born into slavery in 1788 on a plantation in Bermuda. As a teenager she was sold at market to a new owner.  A few years on and she was sold again and taken to Turks Island to work in her new owner’s salt pans. From 4am every day she was up to her knees in salty water and regularly covered in salt blisters.

In 1815 she was sold to a Mr and Mrs Wood in Antigua, where she joined the Moravian church and learned to read, unusual as most enslaved people were purposely banned from being educated.  She met Daniel James, a former slave who had managed to buy his freedom and in December 1826 they married. As a slave Mary was prohibited from doing so and once the Woods found out she was severally punished for her disobedience. Mary and Daniel were separated because the Wood family moved to England taking her with the in 1828.

Whilst there Mary saw her chance and ran away. After the passage of Great Britain’s Slave Trade Act in 1807, slavery was no longer allowed in England, although slavery continued in the British colonies themselves. This meant Mary was legally free on British soil, but she had no means to support herself. Under the prevailing rules of the time, if she tried to return to her husband in Antigua, she would risk being enslaved again. In 1829 she became the first woman to present a petition to Parliament, arguing for her human right to freedom. That same year some of her associates in the anti-slavery “abolitionist” movement introduced a bill proposing that any West Indian slave brought to England by his or her owners must be freed. It did not pass, but momentum was beginning to shift in favour of the abolitionist cause.

She joined the Anti Slavery Society and when she told members of her life as a slave, including how she and her sisters Hannah and Dina were ‘sold like cattle’ on the same day to different masters, they encouraged her to put it down on paper. She told her story to a Suzanna Strictland, who helped her to write it all out. In 1831 The History of Mary Prince, a West Indian Slave, became the first autobiography of a black woman to be published in Britain and played a decisive role in turning British public opinion. It went through three printings in the first year alone. The misery, brutality, cruelty and sheer unfairness of what she had endured helped win hearts and minds and further support for abolition, with passages like;

“I have been a slave myself. I know what slaves feel—I can tell by myself what other slaves feel, and by what they have told me. The man that says slaves be quite happy in slavery—that they don’t want to be free—that man is either ignorant or a lying person. I never heard a slave say so.”

Although Mary had her freedom and had been a brave activist in the abolition movement (two lawsuits for libel were filed against the book’s publisher in 1833, and Mary testified at both, effectively rebuking any claims that the book was inaccurate or defamatory), after 1833 there is no record of her movements. It is unknown whether she stayed in England or returned home to Daniel. On 1 August 1833 Great Britain’s Slavery Abolition Act was passed, just a few years after the publication of Mary’s book. The Act came into force on 1 August 1834 when almost a million slaves labouring in British colonies in the Caribbean were liberated.

As mentioned above, there are many many others for you to learn about. Try finding out about:

In conclusion, whilst we are led to believe abolition in Britain was led and gained by White British people, with Wilberforce at the head, know now that not only was this not the case but had those who have gone before us not endured what they did, the way for people like me to be here today, would not have been paved. They literally gave their lives so ours could be free from the chains that bound them.